“Save the Date! Thursday, May 17th 6pm join SDCA for our Annual Partners in Tourism Tradeshow! We will be hosted this year by the wonderful Headquarters at Seaport Village! 2018 Raffle Charity will be Helen Woodward Animal Center. We look forward to seeing you there! Email pr@sdcaonline.org for more information. Check out Facebook event post for updates! “ 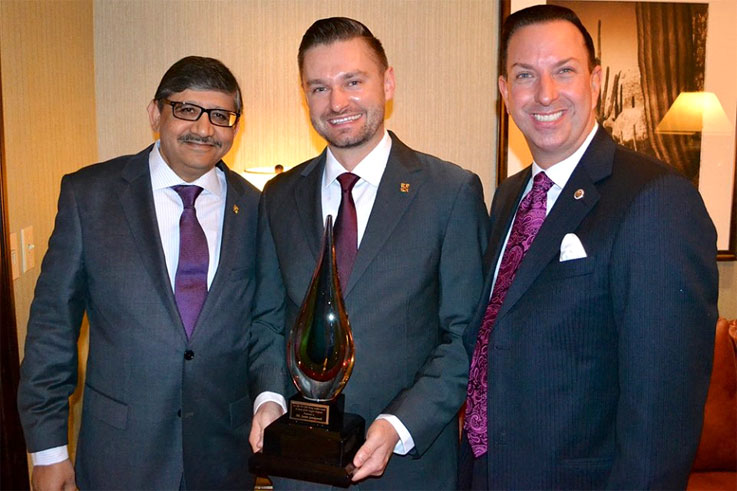 San Diego, CA (December 5, 2015) – President of the San Diego Concierge Association, Justin Sondgeroth, was announced as the winner of the 2016 Young Leader Award for Les Clefs d’Or, USA! Justin will be the Andy Pongco Award nominee and delegate for the United States at the 2016 International Les Clefs d’Or Congress in Dubai in April 2016. At this conference he will compete with over 15 delegates from around the world for the Andy Pongco Award.